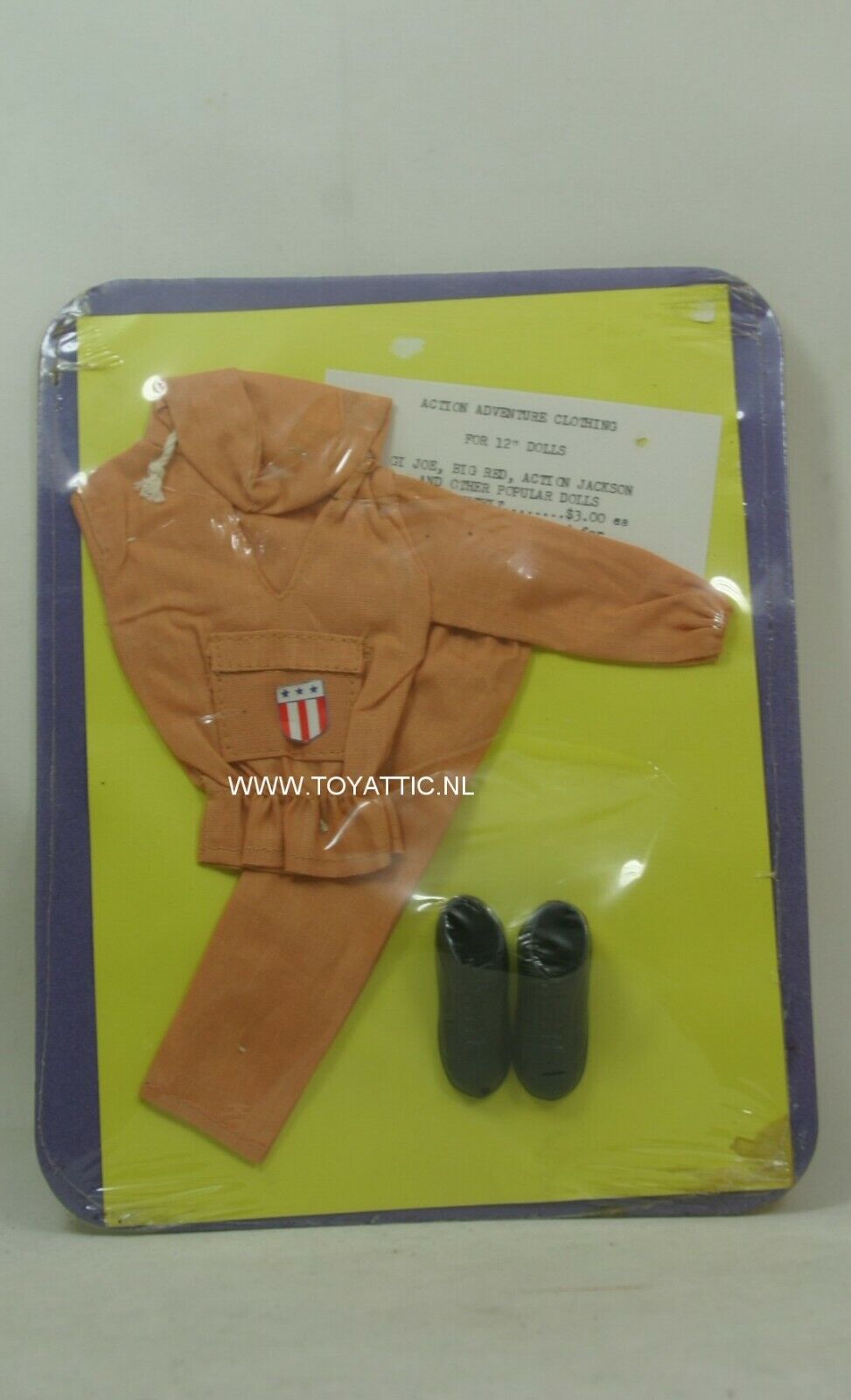 Iran military units have fled the facilities the Islamic regime established near the Damascus airport due to fears of an Israeli attack, according to reports in Joseph Farah’s G2 Bulletin.

“According to the source, the evacuated positions included more than nine large depots of weapons, ammunition, and long-range missiles. Additionally, an intelligence center near the airport, facing Eastern Ghouta, was evacuated, as were a center spying on wireless communications and an operational command center,” reported the Lebanese publication Al-Modon.

Germany has started repatriating the children of jailed "Islamic State" fighters from conflict zones the Middle East. European countries are grappling with how to handle returning foreign fighters and their families.

Estonian populists sealed a coalition deal with two other political parties Saturday in a bid to take power, more than a month after the general election.

The Estonian Conservative People’s Party, or EKRE, which has gained increasing popularity since its establishment in 2012, said it will form a three-way majority government with the centrist Center Party and the conservative Fatherland.

The 15-member Cabinet, where each party is to hold five ministerial portfolios, would be led by Center’s leader, ex-Prime Minister Juri Ratas, who has held the top government post in the nation of 1.3 million since November 2016.

Jussie Smollett 'will not be intimidated into paying' $130,000 to Chicago for investigation, lawyer says

Is it possible that President Trump actually has no intention of winning re-election in 2020?

That's the question that was posed on Thursday by a surprising voice: Fox News' Tucker Carlson, who in a segment on his show wondered what it might look like if Trump had decided he didn't want to be president anymore and was taking steps to ensure he didn't win another term, per The Washington Post.

The allegations of ‘Russian meddling’ only make sense if they’re put into a broader geopolitical context.

It's Not Just San Francisco and Portland, Philadelphia Is a Hellscape Too

My original title for this article was going to be 30 Blocks of Potholes, Shitholes, and Assholes, but I didn’t want to offend the sensibilities of my highbrow readership. The trigger for that title was my morning commute on 34th Street in West Philly near the Philadelphia Zoo. This extremely well-traveled four lane highway resembles a moonscape of craters capable of blowing a tire (which I did a few years ago while turning onto Girard Avenue).

As I swerved through this obstacle course of government incompetence, I reflected upon how Philadelphia was a real shithole city run by Democrat asshole politicians (those not in prison yet). I’ve written dozens of articles about the 30 Blocks of Squalor over the last decade and one thing remains constant – West Philly is still a shithole, occupied by low income, low IQ, low morality, welfare state slaves who continue to vote for the same assholes who have enslaved them in squalor.

In recent days Sweden’s largest mortgage bank, Swedbank, fired its CEO amid charges she was involved in a multi-billion dollar money laundering operation. Swedbank now joins Denmark’s largest bank, Danske Bank, and several other European Union banks implicated in laundering what has been claimed amounts to more than $1 trillion in funds of Russian or Ukraine or other origin in recent years. As impressive as the scandal appears, equally interesting is the curious man triggering the scandals .

‘BING!’ – Trump says he made Golan decision after a quick history lesson

US President Donald Trump said on Saturday he made the controversial decision to recognise Israel’s 1981 annexation of the Golan Heights after getting a quick history lesson during a conversation on a different subject, reported Reuters.

Speaking at the Republican Jewish Coalition gathering in Las Vegas, Trump said he made the snap decision during a discussion with his top Middle East peace advisers, including the US ambassador to Israel, David Friedman, and son-in-law Jared Kushner.

“I said, ‘Fellows, do me a favor. Give me a little history, quick. Want to go fast. I got a lot of things I’m working on: China, North Korea. Give me a quickie,” Trump said to laughter from the Las Vegas crowd.

“‘How do you like the idea of me recognising exactly what we’re discussing?'” said Trump, recounting the conversation.

Sirhan did not kill Robert Kennedy, yet he remains in jail to this very day. Robert Kennedy, Jr., who was 14 years old at the time of his father’s death, has visited Sirhan in prison, claims he is innocent, and believes there was another gunman. Paul Schrade, an aide to the senator and the first person shot that night, also says Sirhan didn’t do it. Both have plenty of evidence. And they are not alone.

There is a vast body of documented evidence to prove this, an indisputably logical case marshalled by serious writers and researchers. Lisa Pease is the latest. It is a reason why a group of 60 prominent Americans has recently called for a reopening of, not just this case, but those of JFK, MLK, and Malcom X. The blood of these men cries out for the revelation of the truth that the United States national security state and its media accomplices have fought so mightily to keep hidden for so many years.

Kostiantyn Kulyk, deputy head of the Prosecutor General’s International Legal Cooperation Department, told me he and other senior law enforcement officials tried unsuccessfully since last year to get visas from the U.S. embassy in Kiev to deliver their evidence to Washington.

“We were supposed to share this information during a working trip to the United States,” Kulyk told me in a wide-ranging interview. “However, the (U.S.) ambassador blocked us from obtaining a visa. She didn’t explicitly deny our visa, but also didn’t give it to us.”

Facing down a Democratic-controlled Congress in a time of mounting budget deficits, President George. H. W. Bush made it clear that he wanted the power of the line-item veto to strike down elements of left-leaning spending bills.

In public addresses, Bush asked the American people "to demand" that he gain the tool through legislation or a constitutional amendment. Behind the scenes, his administration explored the possibility that a president held the power inherently -- a theory pushed at the time by some conservative legal commentators.

Israeli Prime Minister Benjamin Netanyahu said on Saturday that he would annex Israeli settlements in the occupied West Bank if he wins another term in office, a last-minute pre-election promise likely to enrage Palestinians and the Arab world.

In an interview with Israeli Channel 12 News three days ahead of the 9 April poll, Netanyahu was asked why he had not extended sovereignty to large West Bank settlements, as Israel did without international recognition in east Jerusalem and the Golan Heights, both captured in the 1967 Middle East war.

“Who says that we won’t do it? We are on the way and we are discussing it,” Netanyahu said.

“You are asking whether we are moving on to the next stage – the answer is yes, we will move to the next stage. I am going to extend (Israeli) sovereignty and I don’t distinguish between settlement blocs and the isolated settlements.”

Turkey on Sunday criticised Israeli Prime Minister Benjamin Netanyahu as “irresponsible” for saying he would annex Israeli settlements in the occupied West Bank if he wins Tuesday’s election.

“Prime Minister Netanyahu’s irresponsible statement to seek votes just before the Israeli general elections cannot and will not change this fact,” Cavusoglu tweeted.

Netanyahu, asked why he had not declared Israeli sovereignty over large West Bank settlements as Israel has already done in the occupied Golan Heights and East Jerusalem, said he was already discussing the move.

The Nazis suffered a crushing defeat in this election.

By “Nazis” I primarily mean their main figurehead – Petro Poroshenko (the rest of the “minor Nazis” did so poorly that they don’t matter anymore). Think of it: in spite of his immense wealth (he outspent everybody else and even spent more that twice what the next big spender – Tymoshenko – doled out for each vote), in spite of his immense “administrative resource” (that is the Russian expression for the ability to use the power of the state for your personal benefit), in spite of his “victory” with the Tomos, in spite of triggering the Kerch bridge incident, in spite of breaking all the remaining treaties with Russia, in spite of his control of the media and in spite of the (now admittedly lukewarm) support of the West, Poroshenko suffered a crushing defeat.

Trump's Neocons See Erdogan as Their Ticket to a Region-Wide M.E. War

Turkish troops and armored units are massed along Turkey’s southern border awaiting orders to invade northern Syria. Turkish President Recep Tayyip Erdogan wants to clear a ten mile-deep swath of land east of the Euphrates River in order to remove terrorist-linked militants (YPG) currently occupying the territory. The proposed offensive would put US Special Forces in the line of fire which significantly increases the likelihood of US casualties. If American troops are killed or wounded by the Turkish operation, Washington will respond in force leading to a potentially catastrophic face-off between the two NATO allies. The possibility of a violent clash between Turkey and the United States has never been greater than it is today.

To be clear, Washington 3% is tired of watching other gun groups and so-called conservatives negotiate with inalienable birthrights of the people. The government does not have the authority to grant or restrict our birthrights. The constitution does not grant us these rights, it forbids the government from taking them from us. Yet the government is taking away our rights. And the People have been letting them.

There has been too much fence-sitting. Too much complacency. We are taking action to protect our constitution and we will defend our Constitutional Republic against these domestic enemies.

We are not anti-government. We are very pro-constitutional government, but our government is no longer following their own rules. We have out-of-control federal bureaucracies with weaponized District Attorneys.

Just before the polls open in the Israeli general election, Prime Minister Netanyahu will do or say anything to remain in office - including promising to annex large parts of the West Bank. PLUS: Why Israel could face weeks of political stalemate.